Guilty Unless Empire's Client in Good Graces. Though the US facilitated Croatia's 1995 Operation Storm the ICTY was free to prosecute Croatian officials seeing the country later on fell out of favor with Washington, but what does it say about US righteousness when even a court that is an instrument of Western interventionism in the region finds fault with the US-backed offensive? 4/2011, 850 words.

Tim Judah out-Nonsenses Himself. Tim Judah is taken to task for patronizing ex-Yugoslavs and using them to try guilting Union Europeans into backing the EU. 10/2012, 1900 words.

Over the years I have tried to bring attention to the peculiar and unflattering way in which the West insists on viewing Eastern Europe and the Balkans and its peoples. This is more a matter of culture rather than policy, but it unfortunately ends up influencing the foreign policy of Western states in the region to make it more bellicose and entitled. The most important of such efforts of mine:

Slavs – The Devil's Instrument of Intolerance on Earth. The West's obsession with imagining the Eastern Europe as a barbarian and retrograde version of itself. 8/2012, 2800 words.

The Chauvinists at it Again. The lack of self-consciousness in Western condemnation of Russia culture wars. 8/2013, 1800 words.
Posted by The Hero of Crappy Town 0 comments

The best or most important of my posts dealing with the East Slav world:

Western Press: A False Friend to Russia's People Power. A recount of the Western coverage of the Russian 1993 constitutional crisis when its press favored the president and the military involved in a violent power grab against popular anger. 2/2012, 1100 words.

Thoughts on Ukraine. Overview of the situation in Ukraine as regards the orientation of the public and the government. 12/2013, 1150 words.

EU to Ukraine: I Want You to Want Me. The EU wants Ukraine to want the EU, but does not particularly want the Ukraine itself. 1/2014, 1300 words.

Ukrainians Are Right to Suspect EU Deal Would Be Harmful. The association agreement the EU is offering to Ukraine brings with it as many downsides as benefits. 1/2014, 500 words.

The Grating Over The Memory Hole: The Toppling of Viktor Yanukovich. The crucial points to remember about the overthrow of the Ukrainian president. The Kremlin Stooge, 3/2014, 2400 words.

Ethnicity in Donbass. War in Ukraine is inter-regional, not inter-ethnic. 8/2014, 1200 words.
Posted by The Hero of Crappy Town 0 comments

The best or most important commentary on Western military adventurism and its culture outside the regions that I write the most about (the former Soviet Union and the Serbo-Croatian speaking space):

The Liberators. Aggressive and criminal "rules of engagement" of troops occupying Iraq breed a culture of depravity. 10/2009, 1350 words.

Enduring Callousness. The criminal "rules of engagement" reveal the true nature of the occupation of Afghanistan. 5/2010, 900 words.

A Choice of Scenery. Examining the reasons why the United States opted for military intervention in Somalia in 1992. 7/2011, 1100 words.

Going Home at Last: Say Farewell to Ramadi, Nasiriya and Balad. Debunking the claim of the empire to be withdrawing from Iraq after having won the war and accomplished its war goals. 12/2011, 1200 words.

Massacre in Kandahar or: How Did 'Our Bobby' Become a Serb. Commentary on the Kandahar Massacre. 6/2012, 700 words.

Obama's Delusions. It is precisely the vaunted rejection of realpolitik that makes American and Western military intervention so damaging. 3/2014, 700 words.
Posted by The Hero of Crappy Town 0 comments

The best of my libertarianism-themed writings:

Jeffrey Tucker’s War against Sin. A polemical piece against Tucker's false dichotomy between libertarian "brutalists" and "humanitarians" and the non sequitur critique of the former. The Libertarian Liquidationist, 4/2014, 1100 words.
Posted by The Hero of Crappy Town 0 comments

Sticking with the retrospective occasioned by the five year anniversary of my writing efforts I am making a selection of my best, or most valuable, articles and posts in this period. I am starting with a selection of my history-themed pieces, with selections from other categories of posts to follow in the coming days:

National Defense in the Great Patriotic War. Examining the reasons for the Soviet military debacle in 1941 and therefore the subsequent immense military and civilian loss of life to the Axis invasion. 7/2011, 1100 words.

Paper Money Famine. A review of Churchill's Secret War: The British Empire and the Ravaging of India during World War II by Madhusree Mukerjee. 11/2011, 1700 words.

Axis or Allied? Underscoring the need for nuance in designating countries as having been Axis or Allied by examining the contributions of Denmark and Bulgaria to both camps of the Second World War. 5/2013, 3300 words.

Breaking Down Soviet WWII Losses. A paper giving an overview of the sizes of the victim categories making up the roughly 25 million human losses of the Soviet Union during the Soviet-German War of 1941-45 based on the current specialist historiography. 8/2014, 12000 words.
Posted by The Hero of Crappy Town 0 comments

Bill Maher Has Been a Bigot for a Long Time 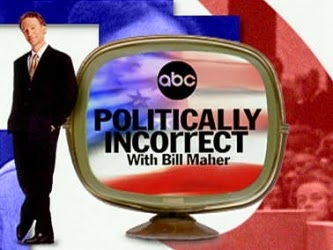 Recently the American TV show host, Bill Maher, has finally and deservedly caught substantial flak for the intolerant collectivist attitude he display on his show. I have found a critique and analysis by Murtaza Hussain in this vein particularly enjoyable and useful to read.

It is only now, with his most recent collective condemnation of Muslims that Maher has caused a scandal, but Hussain points out that Maher has been displaying similar bigotry for "several years" now. That is actually an underestimate, however. Long before Maher, who styles himself a "politically incorrect liberal" got into the habit of launching indignant tirades about Muslims, he in 1999 partook in the liberal pleasure of demonizing the Serbs along collectivist lines.

As NATO was attacking targets in the Federal Republic of Yugoslavia in a three-month-long bombing campaign that expended 22.000 tons of ammunition, targeted civilian infrastructure and killed 2,000 civilians according to Yugoslav sources (500 according to American estimates), Maher ridiculed Serb suffering and addressed the Serbs as "yuppie fascists", who were angry that the bombing was keeping them from "getting to their Tae-Bo class". Maher characterized the Serbs as supporting an "evil dictator hell-bent on eliminating an entire people" and advised the Serbs to do like the yuppies and "get some therapy":


So let me be the first to say I am so sorry that supporting a genocidal regime has turned into such a hassle for you. I'm sorry if our bombing has delayed the delivery of your J. Crew catalog or screwed [laughter] or screwed up your commute. And, by the way, if I were you, I would write a strongly worded letter to the transit authority, because I've seen your bridges, and frankly, they're a mess. [laughter and applause] Believe me, we would never have started bombing them if we realized it was keeping you from getting to Tae-Bo class. So maybe what you yuppie fascists need to do is stop supporting an evil dictator who is hellbent on eliminating an entire people just because their ancestors kicked your ancestors' asses 600 years ago. Let it go. You're yuppies, get some therapy. [laughter] Get your moral clock working. Let me give you a hint. If in your language you have ever used the phrase, "can I get to the mall if I make a left at the death camp" [laughter] you might be a redneck.

Maher's recipe of passing chauvinism for edginess was in full display already in 1999. The difference was that the target of his 2-minute bigotry were the Serbs rather than the Muslim world, and that back then this caused no scandal as only voices from the alternative media called him out for getting a laugh from Serbian civilian hardship.

It is the case the Western world has a problem with both, anti-Muslim as well as, anti-Serbian/anti-Eastern European bigotry. While the former is felt more pointedly it is also the case it comes more from the margins of the society and is more likely to be combated by the establishment and the liberals. The latter prejudice, against the daily savage from Eastern Europe, however, tends to emanate precisely from these circles and as a result will not even be detected as bigotry, much less confronted. The truth is that if Maher had stuck to just bashing Serbia, Russia, Ukraine, Poland, Hungary, Latvia and so on he may have still been universally recognized as a liberal.
Posted by The Hero of Crappy Town 1 comments