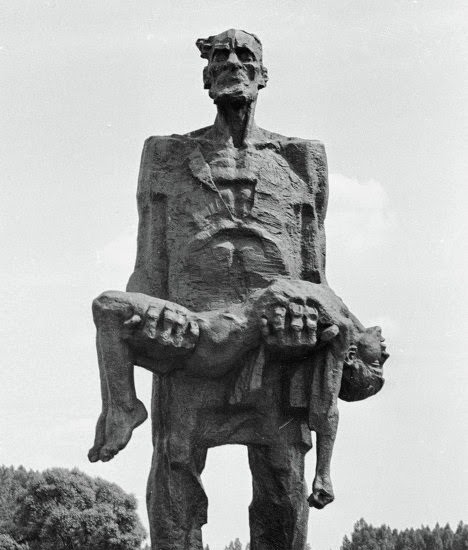 Total demographic loss of the Soviet Union in the Soviet-German War is 28 million people. This includes 26,6 million estimated loss in excess of expected deaths calculated by ADK, the 1,1 million deaths due to war-related causes of people expected to die in the time frame in accidents and of natural causes and 0,3 million expected deaths due to Soviet repression. Of the 28 million loss 2.7 million is migration loss and 25.3 million is actual war dead. Of the second figure 1.5 million deaths are due to Soviet state repression and 23.8 million are due to war and policies of the occupier.

Not counting prisoners of war and soldiers condemned in courts martial who were the victims of enemy states and of their own state, and fighters who died as part of non-Soviet forces, the proper Soviet military dead adds up to 7.5 million regulars and irregulars, of whom more than 300,000 due to frostbite and disease and 150,000 in accidents.[45]

Of the upwards of 14.3 million civilian deaths 7.5-8 million occurred due to general privation associated with the German invasion and occupation. Just over half of such deaths occurred in the western USSR mainly due to ruthless economic exploitation of the occupation. The remainder occurred in the interior USSR mainly due to the fact the German advance eastwards had cut off the Soviet Union from the majority of its food surplus areas. A further 0.9 million civilian deaths occurred in blockaded Leningrad, and 200,000 among Soviet forced laborers in German-run Europe and children born to them. 1 million perished in the course of the war in the prisons, camps and colonies of the Soviet penal system, and 300,000 during deportations or internal exile, again mostly due to malnutrition, exhaustion and disease. 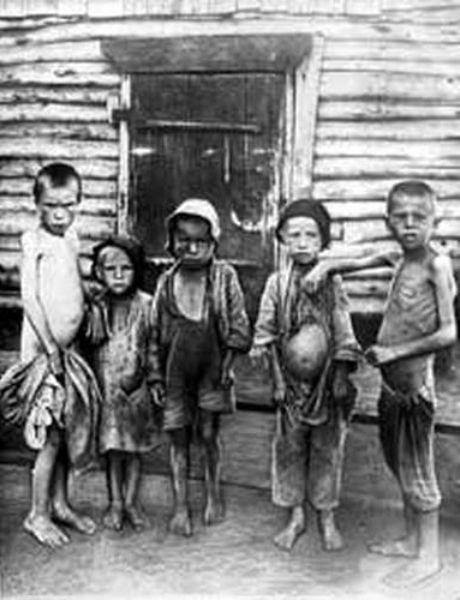 Soviet scholar A.A. Shevyakov in 1991 estimated about 8.5 million Soviet civilians perished during the war due to malnutrition and disease induced by the war and occupation. Of the 8.5 million Shevyakov in 1991 reckoned 5.5 million took place in parts of USSR that suffered the Axis occupation and 3 million in parts that did not experience occupation. In 1992 he updated his estimates, now figuring that about 6.5 million Soviet civilians had perished due to war-induced privation.[38] Krivosheev in 2001 estimated there had been 4.1 million excess civilian deaths due to malnutrition and disease in the occupied USSR. He reported findings according to which 1941-45 there had been an estimated 8.5 million deaths of natural causes in the parts of the USSR under occupation, but only 4.4 million were to be expected under pre-war mortality rates. A German historian Hans-Heinrich Nolte estimated of the estimated total 27 million war deaths 7 million were indirect deaths of civilians due to malnutrition and disease. In 1972 a British writer Elliot Gil estimated 7-8 million civilian deaths due to privation.[39]

Almost all of 1.3 million excess deaths among children born after 22.6.1941, as well as the great majority of 1.1 million war-related deaths of people who would have died in the 1941-45 timeframe anyway but at a later date, probably occurred due to malnutrition and disease. This means some 2 million of the 7.5-8 million privation deaths in the Soviet Union during the Soviet-German War are fairly invisible to statistics. In at least one quarter of cases malnutrition and disease induced by the war and occupation took the lives of either children not yet born when the war begun, or else of the elderly who were not expected to live past 1945 even had there not been a war.

Given Krivosheev's estimate it seems likely that of 7.5-8 million privation deaths among civilians just over one half occurred in the occupied western Soviet Union and just under one half occurred in the unoccupied interior of the country. The parts of USSR that fell under German occupation were home to 77.5 million people before the war. 16.5 million of these fled or were evacuated by the authorities leaving just over 60 million in areas under German control with 130 million original inhabitants and refugees from the west in the interior Soviet Union.[40] In other words Soviet citizens under German occupation were at least twice as likely to perish due to war-related malnutrition and disease than were civilians from the interior, unoccupied Soviet Union.