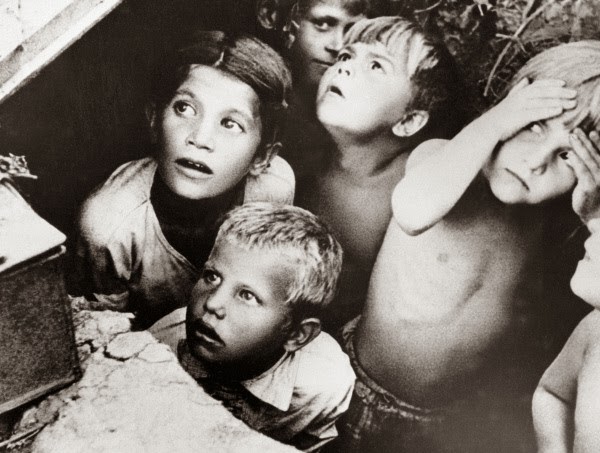 Civilian Deaths in Ukrainian-Polish Conflict in Volhynia and East Galicia

Somewhat in excess of 50,000 non-combatants were killed in the Ukrainian-Polish Conflict in Volhynia and East Galicia. Most of these were Poles massacred in summer and spring of 1943 by the Ukrainian Insurgent Army — about 40,000. Another 5,000-10,000 Poles were killed in a similar campaign in Galicia in the summer and spring of 1944. There was also a smaller number of Ukrainian victims of counter-killings by the Polish Home Army.[33]

Deaths due to Soviet Partisan Reprisals

Soviet Partisan formations in Belarus reported killing 17,431 people as collaborators by January 1st 1944.[34] This was six months before Belarus would be liberated in mid-1944 and the partisan units in Belarus dissolved. Additionally the deaths of some victims of reprisals may have gone unreported, for example if they were killed for reasons other than perceived collaboration. All things considered the number of people killed in partisan reprisals in Belarus probably falls in the range of 20,000-30,000.

Deaths connected to partisan warfare in Belarus may constitute anywhere between 0.3 to 0.55 of the total for the entire Soviet Union. This gives a wide range of possibilities for the total figure of people killed in partisan reprisals in USSR, from a low of 40,000 to a high of 100,000. Still the variant where Belarus amounts for just over 0.4 of the total violence connected to partisan warfare in the USSR had been deemed most likely elsewhere in this paper. This would net an estimate of 60,000 people killed in Soviet partisan reprisals against perceived collaborators, class enemies and criminals.