The Total Population Losses of the Soviet Union in WWII 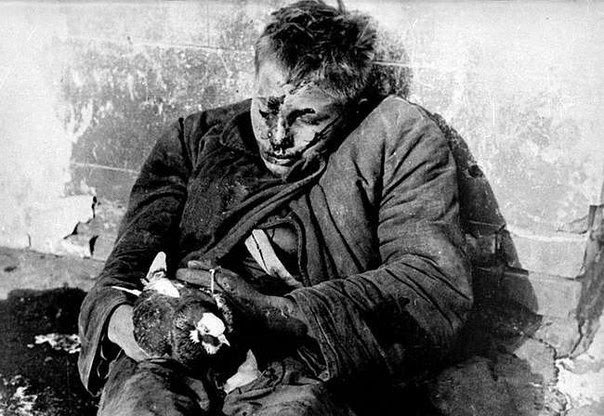 The most widely used figure of Soviet losses in the Soviet-Geman war is 26.6 million. This number actually stems from the report of an expert commission set up under Gorbachev which found that 26-27 million was the most accurate estimate of Soviet wartime losses, with 26.6 million being a good possible point estimate.[1]

The figure has its detractors, including those who posit the actual number of losses is significantly greater, as well as those who assert the real figure is lower. Perhaps the most well known personality to posit higher figures is Boris Sokolov who asserts that a more sensational figure of 43.4 million dead is the true cost of the war for the Soviet Union.[2] Perhaps the most noteable critic of the semi-official 26.6 million figure is Viktor Zemskov who comes on the other side of the debate, and maintains the lower, pre-Gorbachev figure of 20 million dead is the most accurate estimate to date.[3]

Even so, the 26-27 million figure is cited extensively, ad verbatim, or with minor reservations and adjustments both in the former Soviet space and in the West. A similar estimate is even accepted by western scholars, such as Norman Davies and Steven Rosefielde, who are known for contesting the output of non-sensationalist Russian historians on most other topics related to the Soviet Union. It is then mostly accepted that Gorbachev's commission had done a conscientious and generally capable job in establishing the 26.6 million figure as the best estimate of Soviet wartime losses.

Nonetheless there is one important issue connected not to the figure itself, but to its interpretation. The figure is taken to answer the question how many Soviet citizens perished in World War II, when actually it explicitly includes, not only excess deaths, but also population losses incurred due to Soviet citizens who left the territory of the Soviet Union during the war and did not return after its end. The figure of 26.6 million taken as an estimate of excess deaths is an overestimation. It is actually an estimate of total population loss, including due to emigration.[4]

For actual excess deaths to be gleaned from the 26.6 million figure the number has to be reduced by the estimated migration deficit. The most detailed such estimate so far has been made by the Dutch and emigre Soviet/Russian scholars Michael Ellman and Sergei Maksudov. The pair estimates a net emigration balance of 2.7 million in and in the aftermath of the war, justified by migration currents given as 2.3 million Poles transferred to Poland, 0.4 million Germans transferred to Germany, 0.3 million Jews emigration to Israel and 0.5 million all-union migration to the West, offset partially by 0.6 million Ukrainians transferred from Poland, 0.1 million Armenian immigrants and 0.1 million Russian immigrants from Manchuria and Europe. [5] In as much as the 2.7 million estimate of net emigration balance is the best available the best point estimate of Soviet wartime excess deaths is not 26.6 million, but instead 23.9 million.

There is another issue inherent in taking "excess deaths" to be identical to increase in unnatural deaths caused by war. This is because doing so leaves out of the tally the number of people who died of war-related causes, if they would have otherwise died in this timeframe anyway, but of other causes. This is easy to understand if one imagines a person who would have otherwise died in 1944 of old age, but instead fell victim to war-induced malnutrition in 1942. The death of such a person would have slipped under the radar as a "normal" death and would not contribute to the figure of excess wartime deaths, albeit it was in fact a wartime death caused by the war.[6]

British economic historian Mark Harrison seized upon this and established that the calculation of excess deaths underestimate actual non-normal deaths by a range of 0-1.9 million, with a number somewhat above the mid-point being the most likely. Applying this correction to the most-widely accepted estimate of 26.6 million excess deaths produces a figure of 27.7 million total deaths, but a figure of 25 million when added to the emigration-corrected estimate of 23.9 million excess deaths.[7]

25 million is still not the true figure of deaths caused by war since it encompasses some, but not all deaths caused by Soviet wartime repression. Because the figure is based on an estimate of excess deaths, only repression deaths in excess of those that would have occured in a "nomal" year are encompassed. For this reason the number of deaths from the war alone must be somewhat smaller than 25 million, and the total aggregate of deaths from the war and wartime Soviet repression must be somewhat greater than 25 million.


As will be shown later, the likeliest total number of Soviet war dead is actually 25.3 million of which some 1.5 million due to Soviet wartime repression and 23.8 million due to war and policies of the enemy.