Last week the parliament of Slovenia adjusted the Constitution in a way to curtail the citizens' right to overturn laws passed by the parliament via a referendum in a number of key areas. Most importantly the voters are from now on precluded from having a direct say in matters of finance, taxation, customs, ratification of interstate treaties and anything the parliament deems a matter of defense. In other words in exactly the areas which are the most important, and where a check of the government by the people is the most needed. They are also the areas where dissent and veto by the citizenry along the road, was the most likely.

The changes announced on May 24th will already be in effect tomorrow, eight days after the move. It was done quickly and quietly so as to attract the minimum of media attention. The media was anyway very cooperative and offered the development only scant attention, and even then only to pronounce this would actually serve to "limit abuse" of the referendum rule by political parties in motioning for referendum for "political purposes" (as opposed to for non-political purposes?).

In this way, a tiny parliament in a lightning fast move curtailed the Constitutional rights of two million citizens, who are without any legal recourse to contest the change. One can not help but note what absurdity this makes of allegedly high-minded, but actually empty and stupid notions of "democracy" and "social contract". So the Slovenians had previously 'socially contracted' they would have the right to overturn unpopular laws at direct polls, but now they have 'contracted' they would no longer have this privilege, though in fact aside from the 90 putschists in the parliament building nobody was actually doing anything last Friday? Give me a break!
Posted by The Hero of Crappy Town 2 comments 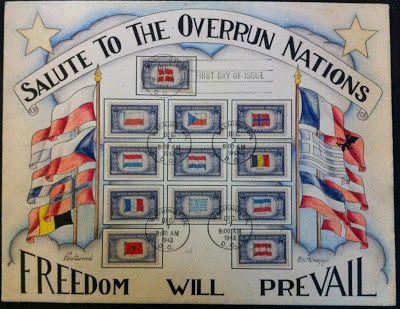 Textbook history on the Second World War is inclined to unceremoniously designate belligerent nations as either Axis or Allied. This is not necessarily invalid. However, such designation sometimes leaves out so much nuance that in the sense of actually understanding the past it may be nearly useless. This point is easy to demonstrate. Consider the participation in the Axis and Allied war effort of Denmark and of Bulgaria. The former an Allied and the latter an Axis power.

When war broke out in Europe in 1939 Denmark attempted to remain neutral and stay out of it. But when German invasion forces poured across its borders anyway, its government capitulated on the same day. Consequentially the Germans allowed the Danish government to remain in place and to continue to administer the country albeit under certain constraints. The Danes grumbled, but ultimately went along with this. Danish politicians who left occupied Denmark for exile in Britain found themselves marginalized and without influence in the country.

Thus Denmark was — by the virtue of having been victimized by Germany which deprived it of its external independence — in the Allied imagination on their side of the World War as one of the "overrun nations" of Europe. There is justification for this view in the moral sphere, since Danes overwhelmingly resented the German occupation and sympathized with the allies.

In the material sense, however, the Danes were not doing much about it. The wartime government in Copenhagen which was cooperating with the Germans was not installed by the occupation from political forces on the margins of Danish political life. It was instead a national unity government of all the parties that could boast mainstream popularity before the occupation. Nor was there much armed resistance to the occupation, of the kind that could significantly diminish the economic benefit the Germans derived from their control of Denmark. The fact Danes rooted for the allied side in the war, nonetheless did not influence the fact their manufacturing and agriculture stood at the disposal of the Nazi Empire and the German war machine at essentially full capacity.

Similarly, actually more Danes lost their lives fighting alongside the Germans, rather than against them. Fatalities of Danish fighters on the allied side include 850 deaths among anti-German resistance fighters (of which a minority in actual combat), the deaths of sixteen soldiers during the initial German invasion of 9th of April, 1940, as well as a further one hundred deaths of Danish soldiers in Allied service. On the other hand more than 1500 Danish volunteers fell in German service, majority of which in the Waffen-SS and on the Eastern Front.*

Danes who entered German service were far less representative of mainstream Danish aspirations than were those of their co-nationals who entered into Allied service instead. This, however, does not change some basic math. Ultimately Danish nationals were the most likely to participate in combat action in German uniform. And so in terms of blood shed, the Danes taken as a whole, through the disproportionate sacrifice of a small pro-Nazi segment of the population in the end actually shed more blood for the Germans against the Allies, than the other way around. 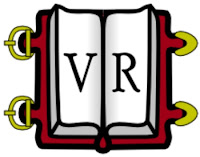 Obviously enough lately I have not been able to maintain the same frequency of new posts on here as was the case in the past. This has been mostly due to real life obligations. I have been able to blog a little more over at the Voluntaryist Reader however, so you may want to check out some of my posts over there. For the readers of this blog I would especially recommend the following: Commentating on Stone’s Untold History of the States, Shock TV: Pavlik Morozov Redux, Raico on Klaus and the Czechs and Wenzel on (some other) Soviet Union.