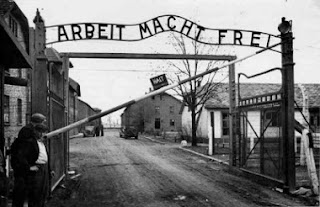 An excerpt from the preface to the second edition (2000) of Borderlands of Western Civilization (Oskar Halecki, 1952), by one Andrew Simon, professor emeritus of University of Akron:


"Nations of Orthodox Christianity never experienced the great intellectual movements that define Western civilization. Peoples who were subjected to the oppressive Ottoman rule for 500 years learned to accept corruption, intolerance and despotism and appeared to be quite willing to live under Communism to its end, without a trace of resistance. These countries needed no occupying Soviet armies to keep them in line."

"Ethnic or religious intolerance and despotism led to systematic rampages of genocide: the slaying of 8,000 Jews in Jassy on June 29 of 1941 by the Romanian authorities, the murder of 7,000 Bosnian Moslems in Srebrenica by the Serbs in July of 1995 were driven by the same hyper-nationalistic and xenophobic mentality characteristic of the east."

I'm highlighting this because of how dumb it is. So a retired professor from the United States will write, without a hint of self-consciousness, that a massacre in Romania in 1941 in which 8,000 Jews were killed defines the mentality of the east. But wait a minute, wasn't the Iaşi pogrom only one incident in a much larger event known as the Jewish Holocaust? And isn't it the case that as Romania authorities murdered up to 400,000 Jews in the Holocaust (just over one half of the Jewish population under their control), the German authorities murdered the other 5.6 million (virtually the entire Jewish population under their control)?

So if the Iaşi massacre tells us something very important about that east which lies beyond the "borderlands of Western civilization", then why would it not be the case that Auschwitz-Birkenau should tell us something very important about the Western civilization itself? Why wouldn't it be the case the (greater) German role in the Holocaust would be equally revealing of mentality that is characteristic of the west, just as the (smaller) Romanian role can supposedly define the east?

It's stupid. If one wishes to highlight the East Europeans' comparative moral inferiority it's probably a good idea to, at the very least, leave aside such crimes in which the greater part of the killing was actually carried out by Westerners.

The actual value of the passage is in succeeding to showcase perfectly the characteristic xenophobia and the dimwitednes of academics who wish to make Western civilization into a moral category and assign it moral mastery over the lands to its east.
Posted by The Hero of Crappy Town