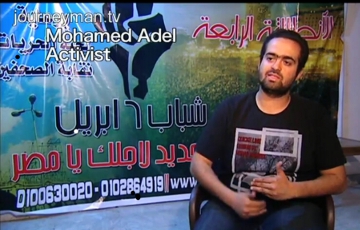 Nebojša Malić at antiwar.com highlights an interesting documentary pointing out the presence of professional color revolutionaries in epicenters of Arab Spring, which indicates a level of American involvement in some of the uprisings. A great deal of the documentary is based on interviews with some of these revolution consultants. They have an incentive to exaggerate their importance for the uprisings, so the extent they are responsible for events that took place is not necessarily as great as they would like us to believe. It is clear, however, they did have a presence and must have influenced events to some extent, whether great or small.

This is not a proof the revolts were a welcome thing as far as the American Empire is concerned. There is far too much evidence that US support for Arab dictators was sincere. My guess would be that the US, like expansive states are want to do, simultaneously conducted two contradictory policies. Eg that it on one hand sincerely backed Mubarak, but on the other trained activist opposition against him through programs like the National Endowment for Democracy. This sounds like clever hedging of bets, but could just as easily be the result of the mess in its large state apparatus.
Posted by The Hero of Crappy Town