The Death of Anti-Americanism 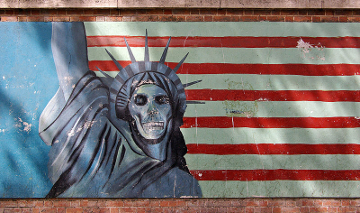 The defining characteristic of our time is the Empire centered on the United States of America exercising world hegemony. This comes as a grave misfortune for much of the world, but is not something that has been gravely felt in the United States. Between the increasingly out of bounds police, the shameless fleecing of the American people and the rapidly advancing US national security state this looks to be changing. We seem to be moving toward a time when Americans will increasingly have to be seen as fellow sufferers under the Empire.
Posted by The Hero of Crappy Town

Email ThisBlogThis!Share to TwitterShare to FacebookShare to Pinterest
Labels: America, The Empire