When in Doubt: Empty the Wallet 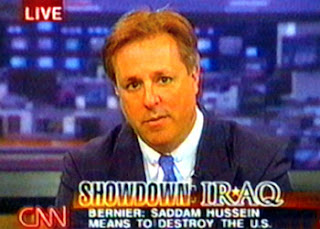 Quoting Hillary Clinton at a US Senate Committee on Foreign Relations meeting:


"During the Cold War we did a great job in getting America’s message out. After the Berlin Wall fell we said, ‘Okay, fine, enough of that, we are done,’ and unfortunately we are paying a big price for it. And our private media cannot fill that gap. ... We are in an information war and we are losing that war, I'll be very blunt in my assessment. Al Jazeera is winning. The Chinese have opened up a global English language and multi-language television network, the Russians have opened up an English language network. I've seen it in a couple of countries and it's quite instructive. We are cutting back. The BBC is cutting back."

"So here is what we are trying to do. In the State Department we have pushed very hard on new media. So we have an Arabic twitter feed. We have a Farsi twitter feed. I have this group of young techno experts who are out there engaging on websites. And we are putting all of our young Arabic speaking diplomats out so they are talking about our values. Walter is working hard with his board to try to transform the broadcasting efforts, because most people still get their news from TV and radio. So even though we are pushing online we can't forget TV and radio. I would look very much toward your cooperation to try to figure out how we get back in the game on this because I hate ceding what we are most expert in to anybody else."

It is hardly surprising Clinton sees news reporting as a kind of war. Not even between America and its rivals (Qatar is hardly such), but between the kind of reporting official Washington welcomes, and the kind it does not.

Trouble is Al Jazeera's and RT's successful encroachment on a field previously monopolized by American corporate news channels is not down to funding. Al Jazeera and RT are simply more truthful and more relevant. Western English language TV news programmes do not lack the financial means to compete with Al Jazeera, RT or CCTV. If they are finding themselves outmatched, as Clinton suggests, it is because their coverage is to a large degree made up of distortions and distractions - just like the State Department likes it.

RT and Al Jazeera English are not without fault. Al Jazeera's coverage of the Balkans is no better than that of CNN, and RT is not without its cringe worthy moments. However they can be switched on without the certainty the time spent viewing will be a waste of time.

The idea Clinton can address a weakness that is the lack of truthfulness by throwing money at it and turning up the volume of low-quality information complete with "young techno experts" spamming websites is fanciful.
Posted by The Hero of Crappy Town

Email ThisBlogThis!Share to TwitterShare to FacebookShare to Pinterest
Labels: Propaganda, The Empire