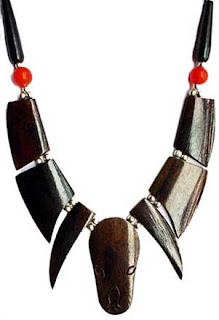 This week the State Department issued a statement through its official spokesman Philip J. Crowley and the Sarajevo embassy in regard to the political situation in Bosnia and Herzegovina. As usually Washington is "deeply concerned" and full of prescriptions.

For the sake of feigned balance the statement calls on the political parties of the Bosnian-Herzegovian Muslims to postpone their announced decision to constitute the House of Peoples of the Federation, noting that doing so without the Croatian delegates present would "raise serious legal concerns". Actually a constituent session without a plenum would be blatantly illegal.

More importantly and more sincerely it throws its weight behind the "High Representative" and his "initiative to mediate". The most significant actions of the viceroy so far have been to apply pressure against the main Croatian parties right down to off the record threats of sanctions, and to confirm an interim budget (yes he can do that), thus removing the teeth of Croatian obstruction.

By law a budget has to be confirmed by the House of Peoples. The obstruction of the House of Peoples by the Croat parties should thus have prevented the budget for 2011 being confirmed and defunded all entity-level state institutions. Aside from delighting the libertarians the world over this would instil great urgency in the attempts of the political parties to negotiate a settlement, making a speedy conclusion of the crisis and the meeting of Croatian demands not unlikely.

The key, and the harshest part of the communique is addressed to the Croatian parties. They are called upon to "begin cooperating immediately" as they are deemed "in violation of the Federation Constitution". And:

"By failing to uphold this obligation, they are putting a narrow ethnic agenda before the interests of all the citizens of the Federation and Bosnia and Herzegovina."

Translation: Get in line!
Posted by The Hero of Crappy Town