You Are Not Belgium! 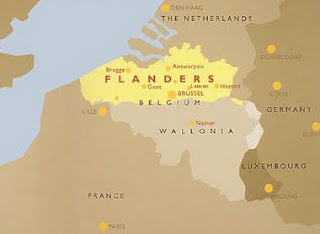 Mrs. Pack is in the news again. Visiting Bosnia and Herzegovina as the head of a European Parliamentary delegation she scolded the Bosnian-Herzegovian politicians for not jet having formed a government coalition. Her choice of words was rather peculiar, and revealing. She stated:


"You are not Belgium and you cannot afford that luxury."

Or in other words Mrs. Pack as a cultivated German lady, a bearer of superior European manners, came to the semi-savage land of Bosnia, to straighten it up. She came then, not as a guest or a simple passer-by, but as a figure of authority, a bona fide empress. Her mastery over this pitiful land no less the matter of her allegiance to the civilised portion of the continent, as the matter of her official function. And the first thing on her mind was to remind the natives of their station.

A more honest phrasing of the warning would be: Do not dare compare yourself to Belgium - they are Westerners. You must listen to us and do as we say (not as we do).
Posted by The Hero of Crappy Town