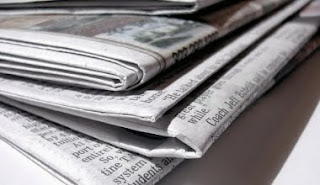 Just after the worst ever year for the occupation in Afghanistan in which by its own data the number of attacks rose by over 50% it is possible to read in the press:


"General Petraeus’s success in bringing security to much of southern Afghanistan has defied gloomy forecasts from critics — including many in Mr Obama’s inner circle — who insisted that the Iraq surge could not be repeated in such a different setting."

Note the outrageous lie within the outrageous lie. Actually "the critics" never fell for the idiotic "the surge worked" spin and fully expected the Afghan effort to replicate the non-existent results of the Iraq surge.

Seeing that more and more the Empire is content with imaginary newspaper victories in place of the real thing I propose that henceforth it conducts imaginary invasions and imaginary occupations, directing imaginary divisions and imaginary Predator drones to be reported on by the pliant press as if they were real. That way the imperialists can have their "successes" and the rest of us can get on with our lives, secure in the knowledge that self-delusion in Washington is not costing the lives of innocents the world over.
Posted by The Hero of Crappy Town

Email ThisBlogThis!Share to TwitterShare to FacebookShare to Pinterest
Labels: Afghanistan, Propaganda, The Empire