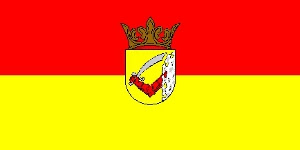 Having blogged as much about Bosnia and Herzegovina as I have I reckon I owe an update on what is happening in the country in regard to the events I had previously mentioned.

The government of the Federation of Bosnia and Herzegovina has not been formed yet. The SDP-SDA coalition with its minor Croat satellites has been agreed on long ago, however any Federation government needs to be confirmed by the House of Peoples of the Federation, which has not jet held its inaugural session.

The House of Peoples is the normally less visible chamber of the bicameral Federal parliament where an equal number of seats are reserved for Croats, 'Bosniaks' and Serbs. It has not jet been constituted since complications in one of the electoral units have meant the final composition of the House of Peoples is not jet known.

So far it seems the SDP-SDA coalition will have just enough votes in the House of Peoples that would enable it to be confirmed the government of the Federation. To pass such a vote a coalition needs to secure six votes from the seventeen representatives of each of the three nationalities. The nominally Serb representatives in the House of Peoples are under majority control of the Muslim parties so the outcome there is not in question. Among the Croat representatives the coalition controls five Croatian seats. One is in the hand of NSRZB, a minor Croatian party, and four in the hands of SDP. The wild card is the Croatian seat held by DNZ, a small party associated with the famous Bosnian Muslim politican Fikret Abdić.

However the two Croat parties with non-marginal support among the Bosnian Croat voting body, are vowing to obstruct the work of the House of Peoples by not taking their seats in the chamber. Therefore regardless of the mathematical feasibility, it is doubtful the actual formation of the government will be anywhere as straightforward as that.
Posted by The Hero of Crappy Town 0 comments


Catherine Ashton, EU apparatchik with the important sounding post of the "High Representative of the Union for Foreign Affairs and Security Policy" can not get enough of Bosnia. A year ago she boldly declared it a priority for the EU for the year 2010. Having predictably accomplished none of what she had set out to do, she has now let it be known the EU is considering taking measures that would "accelerate the country's path to the EU" (an euphemism for enacting centralisation).

Among the measures being considered are curtailment of financial aid for Bosnia and Herzegovina and travel bans and the freezing of financial assets for those of its politicians for whom it will be determined are "intentionally blocking the countries progression to the EU".

Certainly it is wonderful to know the EU has such a great comprehension of the concept of private property. Seizing the property of politicians you do not like! What a wonderful enhancement of the democratic process. It must be that it is ingenuity like this that is the mark of superior level of political culture in Brussels that legitimises its tutelage over Bosnia and Herzegovina.

The criteria for deciding against which elected representatives sanctions would be imposed is no less interesting. Blocking the path to the EU is grounds for confiscation of property? Who knew EU membership was not optional and voluntary, but a must. Travel bans are just as entertaining. I guess, should BiH eventually join the EU the Bosnian politicians with those will just have to be driven out of their homes.

When the scheme was brought to the attention of Doris Pack officially the "European Parliament’s rapporteur on Bosnia and Herzegovina" she stated that she did not know if the proposal was out there, but to no one's surprise whatsoever added, that if there was, she had no objections. She was quoted as saying:


"That is one of the instruments. We do not have many others. We can demand, talk, pass resolutions, but that is not stimulative enough for them. I do not know if there is truth to the initiative of introduction of sanctions, but if there is, I have nothing against it. The politicians [in Bosnia] have to finally realise what they were elected for."

Why Doris, we thought politicians were elected to represent the people who elected them?

The Reign of Fools: Or is it? 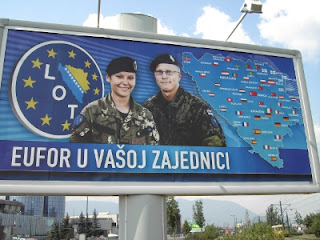 Years ago Milorad Dodik, the president of the largest Bosnian Serb party, stated the only time he would ever root for the national team of Bosnia and Herzegovina is if it was playing against Turkey. This statement caused a certain amount of ruckus and is still occasionally referenced in tones of pretended disbelief over the preposterous man who will not support „his own state“. In saying this however, Dodik was echoing the sentiment shared by over one half of Bosnia's population. To the countries Serbs and Croats Bosnia and Herzegovina is what Austria-Hungary was to the Czechs or the Russian Empire was to the Poles, it commands none of their loyalties or sympathies.

The Serbs and the Croats of Bosnia and Herzegovina, which is to say the majority of the population, experience it as a state imposed onto themselves, as no more than naked coercion. The mere fact of its existence in its present borders means they prevented from uniting with their true countrymen the Serbs of Serbia and the Croats of Croatia – this alone is basis enough for their sentiment, although there is not a shortage of additional complaints.

It is naive to believe it is possible for Bosnia and Herzegovina to be socially engineered into a nation approaching anything the Empire claims it has in mind for it and that its populace will one day put the artificial state above their ethnic nation. Nations in the Balkans are not tied down to states. Nationality in the Balkans is not determined by ones citizenship but by ones ancestry, culture and self-identification. An establishment or a fall of one state or the other, a shift in a border that way or the other does not result in the people on the ground passing from one nation into the other. The self-identification and a sense of belonging to a certain people does not change merely because there is a new flag flying over the municipal building.

As the Balkans did not go for the civic nationalism of the Jacobins, but for the more sensible Herderian folkish nationalism, the idea of a civic state has no tradition in the region, no legitimacy and no sincere support. Even Yugoslavia did not ground itself in the civic nationalist principle but in the ethno-national principle as a union of ethnically related peoples. Western intervention could ensure there would be a state of Bosnia and Herzegovina in its present state borders, but there is no force capable of conjuring up a corresponding „multi-ethnic“, civic nation.
Read more »
Posted by The Hero of Crappy Town 0 comments

The Reign of Fools

In the history of Bosnia and Herzegovina freedom has been the exception rather than the rule. The provinces had been subject to the rule of the Porte, then of Vienna and now of Washington and Brussels.

Of all of Bosnia's foreign overlords the present ones are by far the most ignorant of the locality they have added to their empire. No long and complicated proof is needed to back this up. It is enough to see any of their press releases or media appearances. As they are unable to spell, much less properly pronounce 80% of the surnames in Bosnia and numerous toponyms, they reveal their ignorance in every one of them.

After twenty years of Anglophone press, NGOs and governments sticking their nose in the region, the bright and wise Westerners on a civilising mission among Bosnia's Balkan savages are still not able to talk and not sound like cretins. They still can not tell apart a 'č' or a 'ć' from a 'c', a 'ž' from a 'z', a 'š' from a 's', even though in Serbo-Croatian a 'č' is as distinct from a 'c', as a 'b' is from a 'd'.

There is no need for anyone to learn anything about Bosnia and Herzegovina, its language, geography or its repetitious history, the least of all for Westerners — if they stay at home. However if you are going to impose yourself on a place and set yourself up as a model of superior civilisation it might be a good idea to take steps not to embarrass yourself before the natives each time you speak up.

The politics and "solutions" pursued by them are as willfully ignorant as they are. Of them none is more idiotic or more fundamental to their project than their insistence on a "multi-ethnic Bosnia".