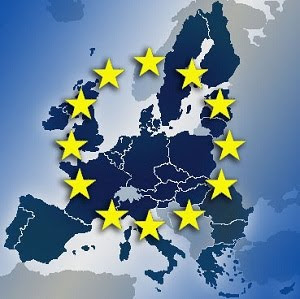 Regardless of this climate no significant political party in Croatia is anything but staunchly in favour of joining the EU. While the general public is generally lukewarm, divided, unsure, resigned or opposed the politicos are determined, enthusiastic and of a single mind. Sure of their ability to manufacture consent when needed, they shrugged off the results of the poll, with the government answering that in their estimate, when the time comes, seventy percent of the people would turn out in favour of membership. Not that they have made any commitment to, or stated any plans to actually subject it to a referendum.

One might assume that such circumstances - coupled with the fact that only 20% of Croats support the work of their government and only 30% say that there exists a politician or a political party that represents their views - would present the perfect opportunity for a new breed of ambitious politicians to try to catapult themselves into power by finding a new anti-EU political party, to try to put themselves at the helm of the one half of the electorate opposed to the European Union membership - subsequently also hampering or stopping Croatia's entry into the EU.

However with the deeply cynical Croats that is almost certainly not the case. What makes the Croats suspicious about the EU membership is precisely that all the politicians are in favour of it. The very reason they are doubtful that their quality of life will increase once in the crutches of Brussels are the promises of the politicians that it will. Politicians are not exactly known for fulfilling their promises and Croatian politicians are worse than most. With a hypothetical split among the political class with a part of it becoming critical of the European Union, the support for it would probably rise.
Posted by The Hero of Crappy Town

Email ThisBlogThis!Share to TwitterShare to FacebookShare to Pinterest
Labels: Croatia, Croatia and the EU, East Europe