A People Without a Vote 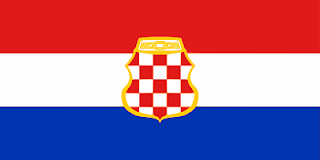 According to the peace settlement that ended the war Bosnia and Herzegovina has a three man presidency. The members are a Muslim, a Serb and a Croat to represent each of the three nationalities within its borders. In essence then instead of one election, three elections are held in parallel for each of the members of the presidency. A reasonable compact in a land where a mayor reason for the destructive civil war of the 1990s were the fears of Serbs and Croats that under a unitary state they would find themselves pushed around by the more numerous Muslims.

300,000 thousand Muslim voters were more than enough to impose on the Croats a representative not of their choice. The Croat member of the presidency, nominated by a Muslim party, received 315 thousand votes of which some 10 thousand or 3% came from Croats. It was such a flooding and an overkill that he ended up receiving more votes than all the Croat candidates combined and twice as many votes as the winning Muslim candidate.

It might seem surprising that so many Muslims decided to interfere with the election for the Croat representative when the race for the Muslim representative was so close. The three mayor candidates received 150, 135 and 110 thousand votes each. Not 300,000 but just 30 thousand votes could have swayed the vote one way or the other. In reality however this is not a surprise. It was quite rational of the Muslim voters to do so. Western papers used words such as "moderate" and "nationalist" and "hard-line" when speaking about the candidates for the Muslim member of the presidency but in reality the differences between the leading Muslim candidates were marginal. Electing one candidate before the other would have been a difference without distinction in the composition of the presidency. But making sure the Croats do not elect a representative of their own, but instead electing their representative for them, creates a very tangible difference in what the final composition of the presidency looks like.

Indeed, Željko Komšić the elected Croat member of the presidency is a member of the Social Democratic Party, an ostensibly non-national party but one that is militantly pushing a peculiar Bosnian civic nationalism, an ideology that appeals almost exclusively to the country's Muslims. He is also a decorated veteran of ABiH, the war time military of the Sarajevo government which was for around one year engaged in fighting the HVO, the war time military of the Bosnian and Herzegovian Croats. Naturally then he is most unlike the candidates nominated by the Croatian parties. Making sure one Muslim candidate beats the other would not have had visible results. Making sure Komšić makes the cut rather than a stock Croatian candidate on the other hand leaves the attitudes that are prevalent among Muslims (and only among Muslims) dominant in the presidency.

Rational behaviour by the Muslim voter or not though this is the farthest thing from the spirit of the law (which is also the peace settlement). One member of the presidency was to be a Croat not as a point to itself, but as a way to ensure that Croats of Bosnia and Herzegovina despite their lesser numbers nonetheless have influence in the presidency. Jet they have none when their member is chosen by the Muslims. This is a key point. The Muslims did not choose Željko Komšić for their member of the presidency - had they done so, the Croats would have had no objections. For their representative they choose the son of their war time leader Alija Izetbegović. They choose Komšič to speak for the Croats. This naturally defeats the whole purpose of the symbolic power sharing at this level.

This is highly critical in Bosnia and Herzegovina. It is a part of the issue the war was fought over. The majority of Bosnian Muslims insisted the Serbs and the Croats have nothing to fear in a centralised Bosnia and Herzegovina because the Bosnian Muslims unlike the Croats and the Serbs were not nationalistic, but on the same account of their greater openness and non-nationalism demanded and justified a leading role for themselves in the state. Simultaneously denounced Croat and Serb demands for self-administration or independence as illegitimate and outrageous on the account of being an outgrowth of mistaken, narrow-minded nationalism, but then pointed out that as the countries only true patriots it is their responsibility to take the helm and reign them in.

Jet what is this broadmindedness and openness that does not permit pluralism, but works to squash it with numbers? It is not nationalism or non-nationalism that determines the moral high ground, but hegemonism or non-hegemonism. It is clear who is the hegemon here. Wether we are talking of the traditional Bosnian Muslim option the Party of Democratic Action whose claim of dedication to multi-ethnicism was simply a tool useful to impress the Western imperial meddlers. Or to the now rising, lemming-like Social Democratic Party which seems to believe its propaganda.

The fact that instead of leaving be the 500,000 Croats of Bosnia and Herzegovina whom, again, they outnumber by a factor of three or four, to elect their own representative and have voice in the presidency, but instead imposing one on them of their own choice goes a long way to prove that the claim of multi-ethnicism is myth and the name of the game is hegemony.

The presidency of Bosnia and Herzegovina is relatively powerless. The office of a member of the presidency is lesser in influence to a number of political offices in the land, not the least to the "Office of the High Representative", position created by the Western meddlers, for its foreign tutor. Jet as elsewhere the presidency is a symbol of some importance. As such it could have been the most natural thing for the the unitarist forces in Bosnia and Herzegovina to showcase their claim of their greater political enlightenment by not interfering with the Croats' choice for this, visible but ultimately not very important, position. Jet the temptation was too great and a leopard can not change its spots. For who knows what time, they have shown their true face - that of majoritarian dictate.

It has served to stir and consolidate the Croats of Bosnia and Herzegovina. Željko Komšić was imposed on the Croats as their member of the presidency in much the same circumstances and with much the same voting patterns in the previous election in 2006. But then it was hoped this might have been an aberration. Instead it was even worse this time. Rather than some 80 thousand Muslim votes cast for the representative of the Croats, this time there was a flood of 300,000. A number the Croats can not possibly match. Faced with an irritated electorate demanding unity and greater decisiveness of action the Croat parties have promised to act in unison and have openly declared a third, Croatian federal entity, the goal they will work for. We shall see for how long and to what extent they keep their promise. So far the Croats are musing that after all Željko Komšić may jet have been the best thing to have happened to them in a long time.
Posted by The Hero of Crappy Town