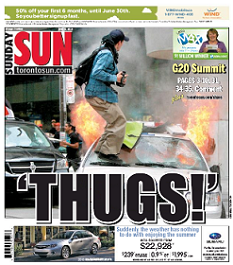 So the dumb, right-wing Toronto Sun fired the "Eisenhower Republican" Eric Margolis who had been with the rag for over a quarter of a century. No doubt he was let go for his heretical view of the absurd "Global War on Terror". However rather than heap praise on him for it as some have done it would probably be more prudent for principled opponents of aggressive war to ask how come he had not managed to get himself kicked out from the brain-dead tabloid a long time ago.

Then it might be remembered, or discovered, that until 2001 when the focus in foreign affairs shifted to the Muslim world Margolis had been anything but a heretic. In fact the Empire could have scarcely asked for a more hateful, better motivated and uglier hack to satanize its chosen targets in the Balkans. Owing to his relative obscurity he could hardly have been said to have led the effort, however he certainly went to the extremes that few others matched. His time was spent hysterically nazifying the Serbs (eg, eg, eg, eg), doing his part to help make NATO's war in the Balkans possible.

As implied in the Antiwar Blog report his losing his place at the paper may have come about due to strings attached to a recent government grant to the tabloid. However had the paper received a similar grant in the 1990s it is certain that it would have arrived under the condition that Margolis not be let go under any circumstance. 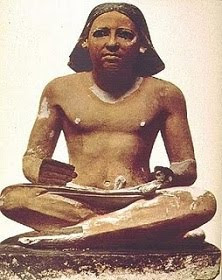 There aren't many more enjoyable writers than the columnist Fred Reed. He would be worth reading even if he was writing total nonsense just for the enjoyment of his lively writting style. Not content with that however he also not infrequently talks good sense (when he is not sticking up for the police).
Today in a piece sparked by the words of another shit-for-brains (there is no other adjective for it) US general we can read:


"Does General Dworkin-Mattis speak of manhood? Odd, since his military is being badly outfought by the unmanly Afghans that are fun to kill. By the Pentagon’s figures the US military outnumbers the resistance several to one. The US has complete control of the air, enjoying F16s, helicopter gun-ships, transport choppers, and Predator drones, as well as armor, body armor, night-vision gear, heavy weaponry, medevac, hospitals, good food, and PXs. The Afghans have only AKs, RPGs, C4, and balls. Yet they are winning, or at least holding their own. How glorious.

Man for man, weapon for weapon, the Taliban are clearly superior. They take far heavier casualties, but keep on fighting. Their politics are not mine, but they are formidable on the ground. If I were General Dworkin, I’d change my name and go into hiding. Maybe he could wear a veil."

Cracking stuff that should be read whole.
Posted by The Hero of Crappy Town 0 comments 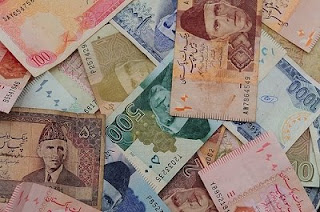 Apparently it has been a long standing policy of the Obama administration to raise taxes in Pakistan.


"In early February, US Deputy Treasury Secretary Neal Wolin demanded that Pakistan impose a Value Added Tax and raise Capital Gains Taxes. Pakistan promptly complied, even though this meant the resignation of their Finance Minister, who had disagreed with the policy."

"Days after the announcement Secretary Clinton was demanding that Pakistan again raise taxes precipitously and use it to “increase spending on health care and education.” This will likely again be a topic of Clinton’s visit, in between demands to launch ever more aggressive military offensives against the tribal areas to their north."

How surreal is this? This is not being done under the auspices of the IMF and for the purpose of extorting repayment of loans mind you. It is being done out of belief it will improve Pakistani society.

Never mind the logic of benefiting someone by ratcheting up his tax burden (I am sure Pakistanis were leaping with joy at the thought of paying VAT, and at the behest of a foreign government no less), when did running Pakistan enter the job description of US presidents? And what is the purpose of elections in Pakistan if their tax rates are going to be set from Washington?

Let me get this straight. The US pressured Pervez Musharaff to in 2008 permit general election and then forced him out of power, reintroducing democracy to Pakistan which was to help usher in an era of ice cream and candy (as elections do, right?). Except that this new democratic government the Pakistanis got to elect is not even the government that sets the tax rate for Pakistan. How much of an improvement is this?

I do not know that Neal Wolin and Hillary Clinton won any more Pakistani votes at any democratic (US approved) elections than Musharaff had. The only difference is that they are foreigners and have therefore even less business running the country.
Posted by The Hero of Crappy Town 0 comments