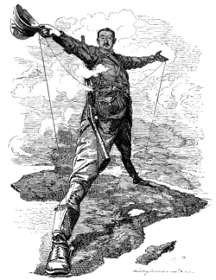 An interesting article today at Asia Times concerning Chinese investment in DR Congo and the IMF. It turns out the West used its clout it holds over the indebted nation to discipline it for daring to do business with the Chinese.


"An agreement between the Democratic Republic of Congo (DRC) and China in 2008 to swap 10 million tonnes of copper ore for US$9 billion worth of mine and civic infrastructure looked like a genuine win-win."

"Nevertheless, the IMF declared that the China deal increased the DRC's potential foreign debt exposure to an unacceptable level and demanded that it be reduced in size. The IMF also made it clear that without a reduction in the deal it would not provide the necessary endorsements to the "Paris Club" that were needed to write off the DRC's debt."

"After a brief show of defiance, the DRC crumbled, agreeing to defer the second $3 billion infrastructure tranche."

Plenty of people are unsure about what a seemingly vague term like 'neocolonialism' even means and if there even is anything colonialist about it. Well here is an example of one aspect of it. Some of the richest countries in the world browbeating one of the poorest countries into declining a part of an offer from the Chinese - themselves not the wealthiest people around, but at the moment the only ones coming to Africa with genuine investment plans - that would have benefited both of them.
Posted by The Hero of Crappy Town 0 comments

Deja Vu All Over Again 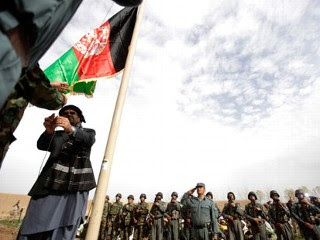 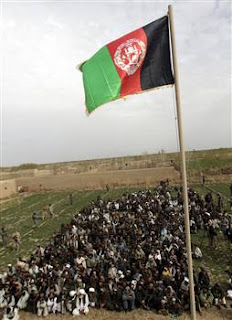 The offensive on Marja has, officially, came to an end. The advance started on February 13th with a fancy helicopter envelopment attack, soon though the attackers found themselves frustrated by the resistance and their advance having to face a combination of a entrenched enemy, land mines and sharpshooters was reduced to a snail pace. The capture of the town in the end cost NATO 14 dead and an unspecified number of wounded. Taking in mind the dead to wounded ratio for the occupiers in Iraq and Afghanistan is usually around 1 to 10 this could easily translate into over one hundred wounded.

In any case the interesting albeit predictable aspect of the attack was that there was no clear point in time where it could be said it was over. In fact some small scale fighting is still reportedly going on. This of course should make it impossible for NATO to declare victory, but being nothing if not media savvy they had come in prepared with a solution stored up their sleeve. They staged an elaborate flag raising ceremony in the centre of the town attended by a high ranking Afghan collaborator and a Marine brigadier Larry Nicholson and which tellingly had to be guarded by Marine snipers atop of surrounding buildings.

If this sounds all too familiar is because it is. The US insists on reading from the same script no matter how many times it ends with a disaster - or a farce. The gimmick employed in Marja was nothing but a smaller, scabbier version of the gimmicks designed to mark what was supposed to be the end of Iraq War. The staged toppling of the Saddam Hussein statue in front of Palestine Hotel and the later much ridiculed Mission Accomplished Speech aboard USS Abraham Lincoln. Sooner or later but inevitably they will again find out that short of leaving for home or isolated bases they can not dictate when a war, or a battle, ends. The least of all with choreographed photo ops. 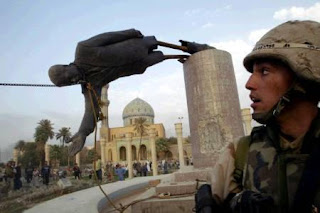 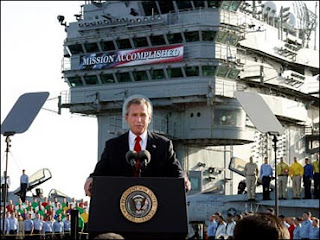 PS, it is interesting that reportedly Karzai's Helmand governor one Gulab Mangal used the opportunity to point out that the Taleban have done nothing for Marja. That may be so, but what he and his sponsors have done in place of nothing is made thousands of townspeople into refugees or outright killed them.
Posted by The Hero of Crappy Town 0 comments