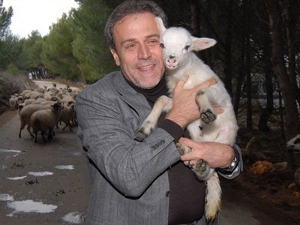 This Sunday the first round of presidential elections were held in Croatia, a measly 44% of the electorate bothered to turn up. Just over 50% of them threw in their votes for party candidates. The other half went for independent candidates, that were running without the backing of any party with a foothold in the parliament. This spurned political analysts to get busy explaining how this amounts to something of a crisis of parliamentarism.

The low turnout and low support for their candidates certainly robs the parliamentary parties of some of their cover of legitimacy. Their claim to be representing the people rings hollower. However the much more interesting thing this election showcased is just how much democrats hate elections – if they do not like the results.

As soon as the results were published the opinion pages of many a respectable paper came out with expressions of shock and disbelief that the candidate to place second and secure the participation in the second round could be one Milan Bandić. His sin? Why his winning would devalue the presidency!

You see, Milan Bandić is a crude, unsophisticated, uneducated, occasionally vulgar, openly crooked mayor of Zagreb. He does not comprehend there is a certain aura the people people in power are supposed to project. Just last month ago this urban hillbilly found himself ridiculed in the papers for hanging sausages and bacon for some air drying — on the balcony of his luxury apartment located in the centre of the city.

Amusement quickly turned to horror as he results of the first round came in indicating the 300,000 votes he received was going to be just enough for him to qualify for the two man runoff that will take place in a fortnight. Who are these people who voted for Bandić thundered the columnists! How simpleminded voter does it take to vote for such an illiterate, corrupt politician was the implication! He had been photographed picking his nose in public and fell asleep in the National Theatre! What utter disaster of a country where somebody like Mr.Bandić can be a viable presidential candidate they concluded!

In reality the people who voted for him are among the saner in the country. Indeed he is corrupt, the scandals surrounding him are many and well documented, but so are all politicians. People voting for him had demonstrated they understand this, they have understood that to be a politician is to be a crook. Thus they are unfazed by the scandals surrounding him. He stole, but everybody steals. What else is new?

Also they are clearly detached from the thinking that those with power are the betters of themselves. Not a single person who cast a ballot for Milan Bandić did so thinking he was casting a vote for someone brighter, wiser, more capable than himself. The man is so clearly an uncultured dolt that it precludes the possibility. Which means they understand that politicians or the ruling class are not the betters of the ruled. Bandić voters are the people who are of a low opinion of who politicians are and of low expectations as to what betterment they can deliver.

This is what truly enrages the columnists, for they on the contrary are the believers. They want to believe that only if the right person would come around all could be bettered! So they need offices neat and tidy, placed on a pedestal and safeguarded from devaluation until He arrives. To preserve the belief that if the ruling elites are not the betters, that they could and certainly should be!

How dare the Bandić voters mock their faith!
Posted by The Hero of Crappy Town